It is with great sadness and regret that we announce the coaching retirement of Jimtown coaching legend Mark Kerrn.

Mark will be retiring as the head coach of the Jimtown wrestling program and also as a long-time assistant coach in the Jimtown Football program.   While Mark will continue to work as a teacher in the 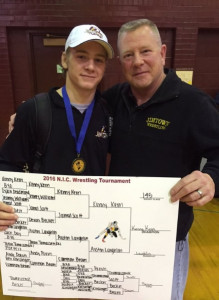 Jimtown system, he will no longer carry the whistle and stalk the sidelines at Jimtown.

While this is a HUGE loss for the Jimtown Athletic Community, Coach Kerrn deserves this time after 30 years of hard work.  There has never been a coach at Jimtown that approaches coaching with the incredible work ethic that Mark Kerrn has done.  Intense, tireless and driven are just a few words that barely can describe this coach.   There is a reason why our wrestling program at Jimtown has produced winning wrestlers and championships year after year, after 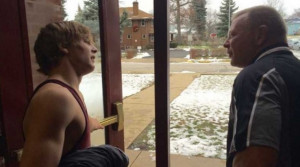 year.  It did not happen by accident and it did not happen because it was “wished” into existence.  It happened because Mark Kerrn worked his tail off—got assistant coaches to help him who are also passionate about coaching wrestling and willed it into existence.   It is the hidden things that most people don’t even know about that are the most impressive.  I do not think that people realize the hundreds—no thousands—of kids that Mark Kerrn has hauled to AAU wrestling tournaments all over the U.S. in the summer?   It is unbelievable—unimaginable !!   Mark, nor any of his assistant coaches are paid for this program building work in the summer.   Why did he do that?  Why did he give up his free-time in the summer to give it away to kids?   Why did he do that and then turn around and start right in with football at the end of July—out in the heat of Knepp Field. 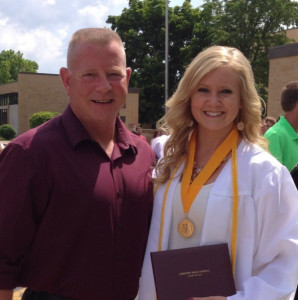 the lives of kids.   Mark Kerrn has positively affected the lives of thousands of kids in the wrestling room and football field.

THANK YOU COACH KERRN.   THANK YOU FOR ALL OF THE YOUNG PEOPLE AT JIMTOWN WHO ARE BETTER PEOPLE FOR HAVING KNOWN YOU AND WERE LUCKY ENOUGH TO BE CAUGHT IN THE GRAVITY OF YOUR PRESENCE.