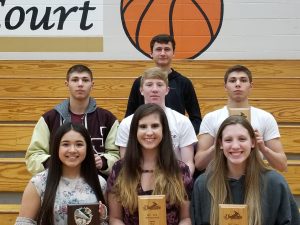 Jimtown High School held the Fall Sports Awards program on Monday, March 12.  The awards program is a chance to not only honor those standout athletes on the court, field, or mat,  but also to recognize those student-athletes who exemplify the BEST of scholar-athletes during that season.  Pictured above are the MVP’s of the winter campaign:

MVP – Hunter Watts, Matt Gimson, Conner Gimson   (3- way tie…all state qualifiers)
Most Improved –  Daerin Pontius
Mental Attitude –    Yvens  Reisacher
Here are some statistics that were tracked this season for our athletes at Jimtown.  You can see that the athle 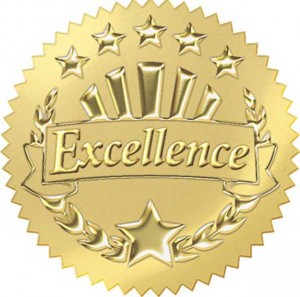 tes at Jimtown perform very well also in the classroom and in fact many times do better than the students as a whole (including those who do not engage with extra-curricular activities at Jimtown)
Girls Basketball:

9  students on the roster

28 students on the roster

H.M. goes Braedon Brubaker and Nate Behrens with a 4.0 or higher

28 students on the roster

24 students on the roster

This is a percentage of 68% of all winter athletes at Jimtown High School are on the honor roll. (Up from 61% last year)