Jimmies Official Sponsor
The Jimtown Girls golf team open the 2018 golf season with the Penn Invitational at the beautiful Knollwood Country Club’s East course. This was a 18 hole event and Jimtown had only two golfers, Mackenzie Lehman who shot a 94 and Emilie Jaskolka who shot a 106. Both are seniors and with all the other girl sports, we are having a difficult time recruiting underclassmen. Golf provides a great opportunity for girls entering the business world. Think of all the business deals cemented on the golf course, socialization with fellow workers or other community members, or just the great exercise of walking the golf course. Golf is truly a game you can play for the rest of your life.
The dual meet season started on August 1st with a home match against Penn and New Prairie at McCormick Creek Golf course. Penn shot a score of 165, New Prairie shot a 273 and Jimtown only had three golfers and didn’t score.  Four golfers are needed to register a score. The Medalist was Lyvia Li from Penn who shot a score of 35 and Mackenzie Lehman from Jimtown was runner-up with a score of 38. The other golfers from Jimtown, Emilie Jaskolka shot a 46 and our third golfer Hannah Skibbe shot a 84. We only needed a four 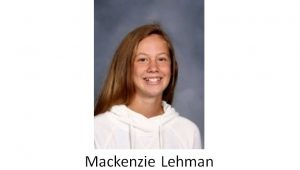 th golfer who could shoot better than a 104 to beat New Prairie.
Our second dual meet was held at Erskine Golf Course against South Bend Riley and South Bend Clay. This time we had four golfers and we were able to register a team score. Jimtown shot a 217, Clay had a 248, and Riley was not able to score. Jimtown’s Mackenzie Lehman shot a even par 35 followed by Emilie Jaskolka’s  53, Sarah Crossly’s   63 and Jenna Gillingham’s  66.  Mackenzie, in route to her 35, had birdies on holes 3,4, and 8. This was her best round for this early in the season.
Our third dual meet was with Westview at Heron Creek Golf Course. They only had one golfer and we only had three so no score was recorded.  For Jimtown, Mackenzie Lehman shot a 42, Emilie Jaskolka had a 50 and Hannah Skibbe shot a 85. Westview went to the wrong course. They thought the meet was a McCormick Creek so they had to turn around and drive back to Heron Creek so we had a 45 minute delay.  It was a good thing because at 2:00 the skies open up a we had a downpour that flooded the course which made play more difficult.
Our fourth meet was with Concord at Bent Oak Golf Course. Concord shot a 189 and Jimtown had a 275. Did you ever have a day when nothing seem to go right, or everything was just off. Well that was this day. The practice on the range was bad. Balls were flying everywhere. The putting practice was poor.  The 6 inch course between their ears was filled with doubt. The only good thing was we had 5 golfers. Mackenzie Lehman shot a 48, Emilie Jaskolka had a 53, Sarah Crossley had a 84, Jenna Gillingham shot a 98, and Hannah Skibbe finished with a 90. As you can see, we got our monies worth.
Our fifth meet was with Elkhart Central and St. Joseph at Christiana Creek. St Joe had a score of 181, Elkhart Central had a 197 and Jimtown had a score of 232. Jimtown was led by Medalist Mackenzie Lehman who shot a 42, followed by Emilie Jaskolka with a 48, Sarah Crossley’s 72, Hannah Skibbe’s 72 and Hailie Humfleet’s 70.
The highlight of the match was Mackenzie’s 30 foot birdie putt on the last hole to secure Medalist honors.
Jimtown’s next match will be on  Wedsneday  at Christiana Creek against Elkhart Memorial. If you are in the area, come out a cheer on the Jimmies.
GO JIMMIES
Jimmies Official Sponsor
Feb
25