The Jimtown wrestling team captured their 3rd tournament trophy of the season going 5-0 at the West Noble Super Duals. Jimtown started the day defeating Fremont 55-15, Whitko 78-6, Bremen 51-24, and West Noble 52-30. In the final match up of the day #9 2A state Ranked Jimtown would take on #7 State Ranked Northwood with both teams 4-0 on the day the team trophy was on the line. The match started off at 145lbs with Jimtown Sophomore Conner Watts getting an early pin to put the Jimmies on the board 6-0. Northwood would win by fall at 152 bringing the team score to 6-6. In the most anticipated match up of the day Junior Landon Buchanan would face Sophomore Kaden Lone from Northwood in rematch of last years Regional Championship, Buchanan would score the only takedown of the match and add a 2nd period escape to win 3-0. Northwood would score back-back pins at 170 and 182 to take the lead 18-9. Jimtown Senior Tim Hunter would posted a 10-2 major decision to narrow the team score 18-13 going into the strength of Northwoods team at 220 and 285. Jimmies would lose by pin at 220 and lose by Major decision at 285 bringing the team score to 28-13 in favor of the Panthers. 106 sophomore Alex Moyer would score 3 early takedowns before securing a pin and giving the Jimmies a much needed 6 points. With the team score 28-19 Northwood would win by pin at 113 before the Jimmies rattled off 4 straight victories 120 Mikey Kallamani received a forfeit, 126 Noah Eberhart won by Pin, 132 Aaron Delaluz won by pin, 138 Tyler borders won by forfeit. Earning the Jimmies the 43-33 victory.

Undefeated Wrestlers on the day 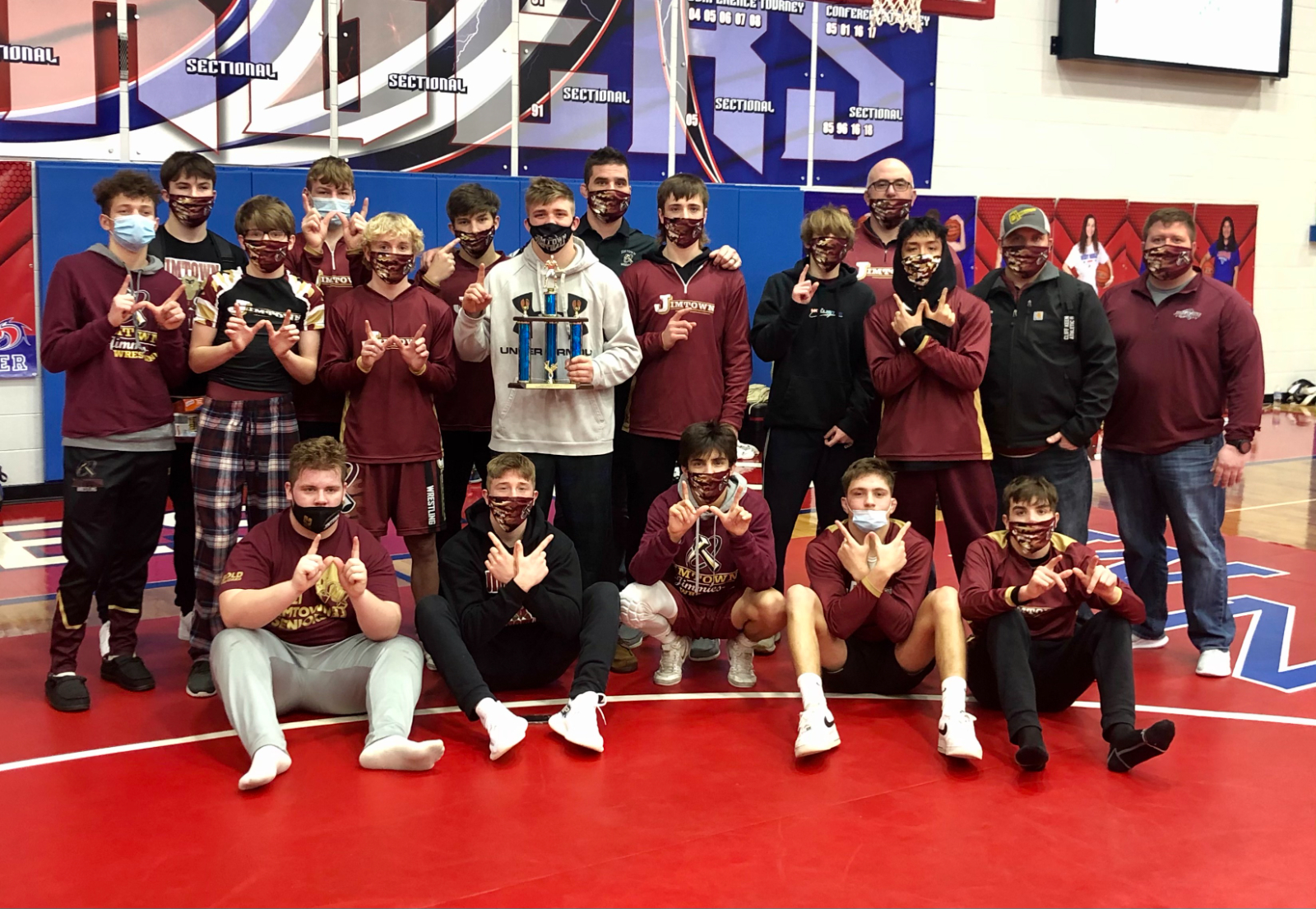