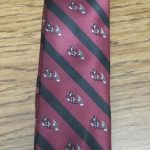 Jimmies News · Oct 31 Santa will be coming soon!! Get your One-Of-A-Kind “Jimmie Tie” for that handsome guy on your list!

The Big and Tall Outlet on SR 19 is offering this One-Of-A-Kind Jimmies Tie.   These special ties are only $20 and 10% of all sales will go back to Jimtown High School. This is the perfect gift for that snappy dressing guy on your Christmas list.  If you want to stand out at your next

Just a reminder to all Jimtown Football Fans….Friday’s game at home vs Garrett is an IHSAA Sectional game.  This means that even though the game is at Jimtown, we do not “own” the game.   Your Jimtown passes and tickets are no good at this event.  Everyone will have to have a ticket.   All tickets are 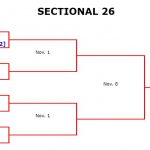