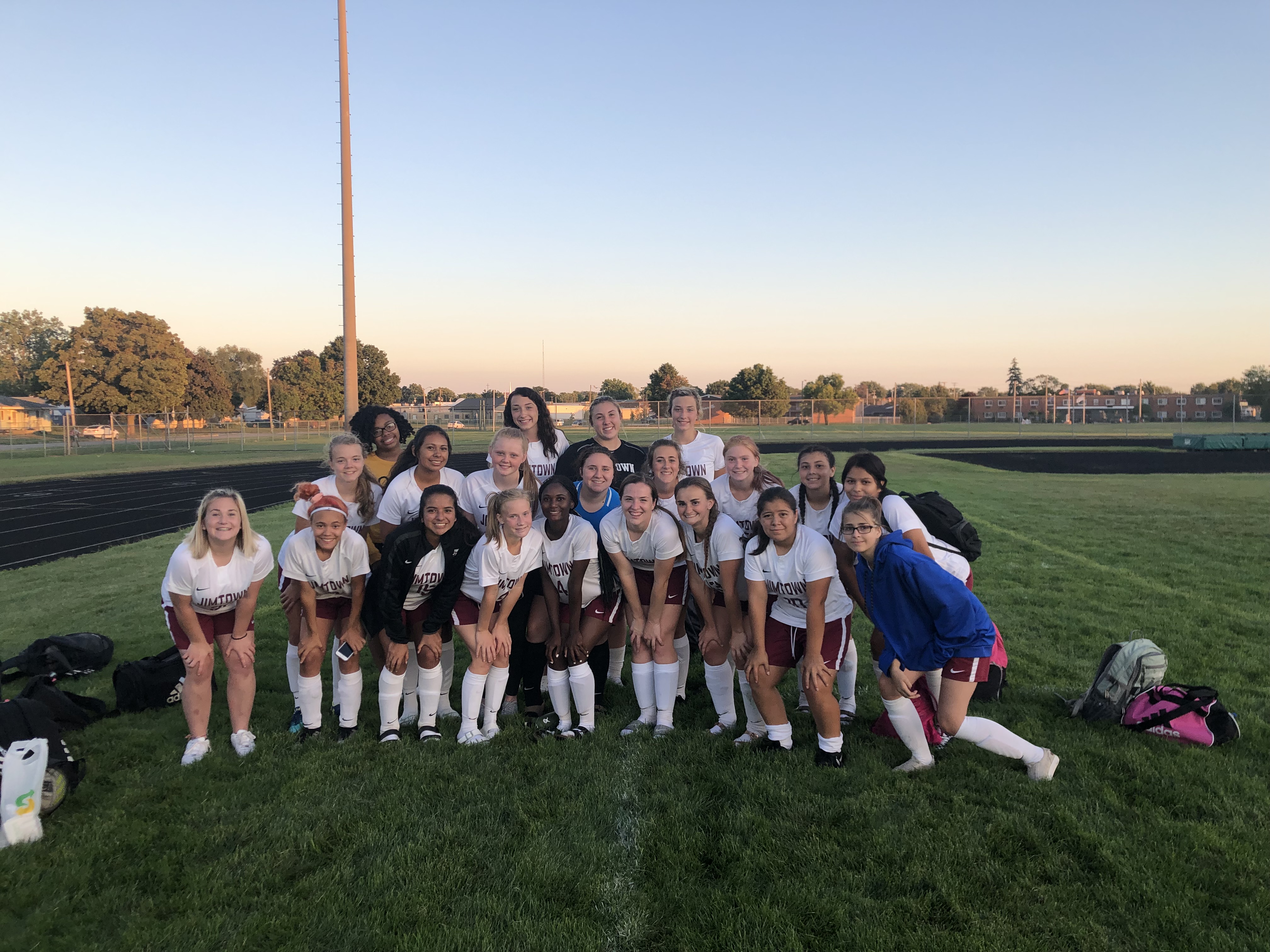 Thursday night the Lady Jimmies defeated the Washington Panthers on the road. After going down 1-0 early in the game, the Jimmies bounced back quickly. Sophomore midfielder, Renee Anderson, played a through ball to Abigail Sanders who slotted the ball into the back of the net. The rest of the half was a midfield battle but Washing slipped in behind and scored again right before halftime. Jimtown came out the second half fresh and full of energy. Senior Grace Crocker connected with Abigail Sanders who put another one in for the equalizer. With 10 minutes left to go in the game the Jimmies got a free kick 24 yards out. Sanders stepped up and scored her third goal of the night. Freshman, Abigail Sanders now has 7 goals on the season. The Jimmies held on to beat the Panthers 3-2. Renee Anderson received the Hammer Award for her stellar effort in the midfield.

“I cannot express how proud I am of these girls. We switched up a few things prior to the game and the girls executed spectacularly. This is a massive win for us for sure. We have a big week ahead of us so we can enjoy the moment now but will have to get right back at it tomorrow as we prepare for our upcoming matches.” -Coach Kalen