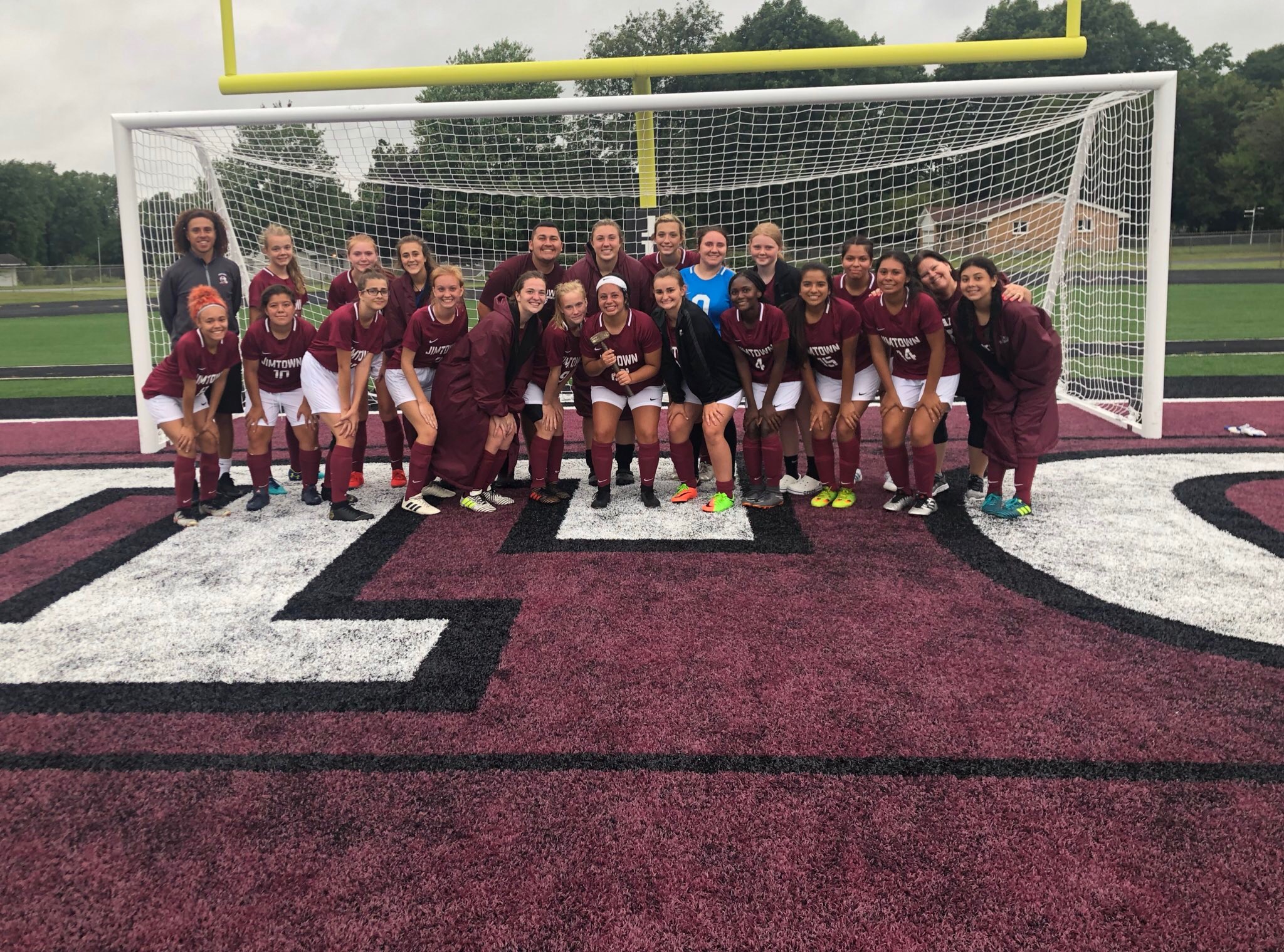 Monday night the Jimtown Lady Jimmies defeated Clay High School 3-0. Just minutes into the game Abigail Sanders got tripped up in the box and was rewarded a penalty kick. Sanders put the shot away scoring her third goal of the season! With 10 minutes left to go in the first half, Sanders cut in from the wing and scored her second goal of the night to put the Jimmies up 2-0. Just before the midway point in the second half, forward Grace Crocker, slotted one in to score her second goal of the season. The Lady Jimmies held on to beat Clay 3-0 to move their season record to 2-1. Jimtown will play Riley High School on the road Wednesday night. Kickoff is set for 6:00 pm.

“I am extremely pleased with the form the girls are in this early in the season. Our confidence is high so it is important that we build off of that. Wednesday night we play a solid Riley side so it will be important that we stay sharp and focused the full 80 minutes.” -Coach Kalen