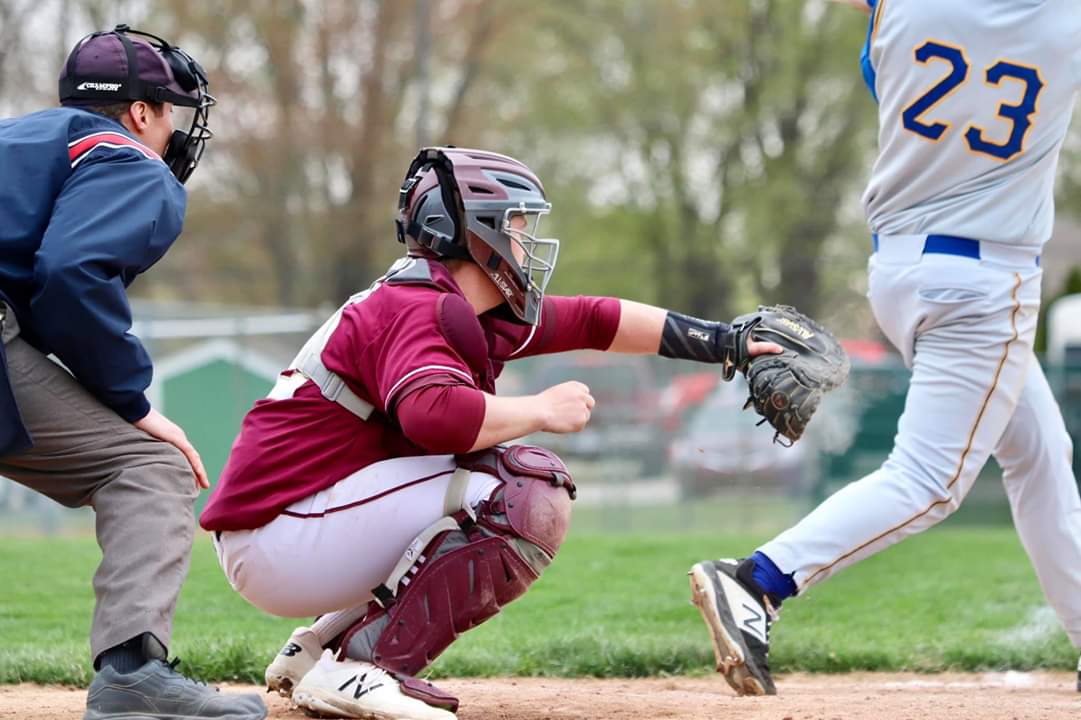 The Jimtown Jimmies started the 2021 season with a victory over Lakeland on a cold and windy Wednesday night. The Jimmies have waited a long time to get back on the field after missing the entire 2020 Spring Season. The Jimmies come into the 2021 season with only 1 returning starter with varsity experience which made coming away with a 16-8 victory over Lakeland even sweeter.

The bats were rolling Wednesday night as the Jimmies posted runs in each of the 7 frames. The Jimmies finished with 16 runs on 11 hits but also put pressure on the Lancers with some great situational base running. Leading the Jimmies at the plate with 2 RBI’s each were Braden Garner, Cooper Frank, Nick Carithers, and Hunter Konrath. The game had several lead changes until the Jimmies busted things open in the 6th inning posting 5 runs with big doubles by Braden Garner and Tysen House.

The Jimmies struggled to get going on the mound to start the game surrendering 6 runs on 6 hits through 2 innings before giving the ball to sophomore Sam Garner who picked up his first career victory. Sam Garner pitched the final 5 innings giving up 2 runs on only 2 hits and striking out 7.

The best part of the victory on Wednesday night was all 11 eligible players helped the Jimmies earn the win. The JV Jimmies also picked up their first win of the season beating the Lakers 19-4.

Both teams will look to shore up some things before being back in action on April 12th verse crosstown NIC foe Elkhart High. Varsity is @ Booster while JV will travel to Elkhart both slanted for 5 PM start times.

On April 13th Jimtown Baseball will be hosting a Pediatric Cancer Night verse, Goshen at Booster Field. Both teams will wear GOLD shoelaces and donations will be taken with 100% of the proceeds going to local families battling pediatric cancer. We hope to see you there!